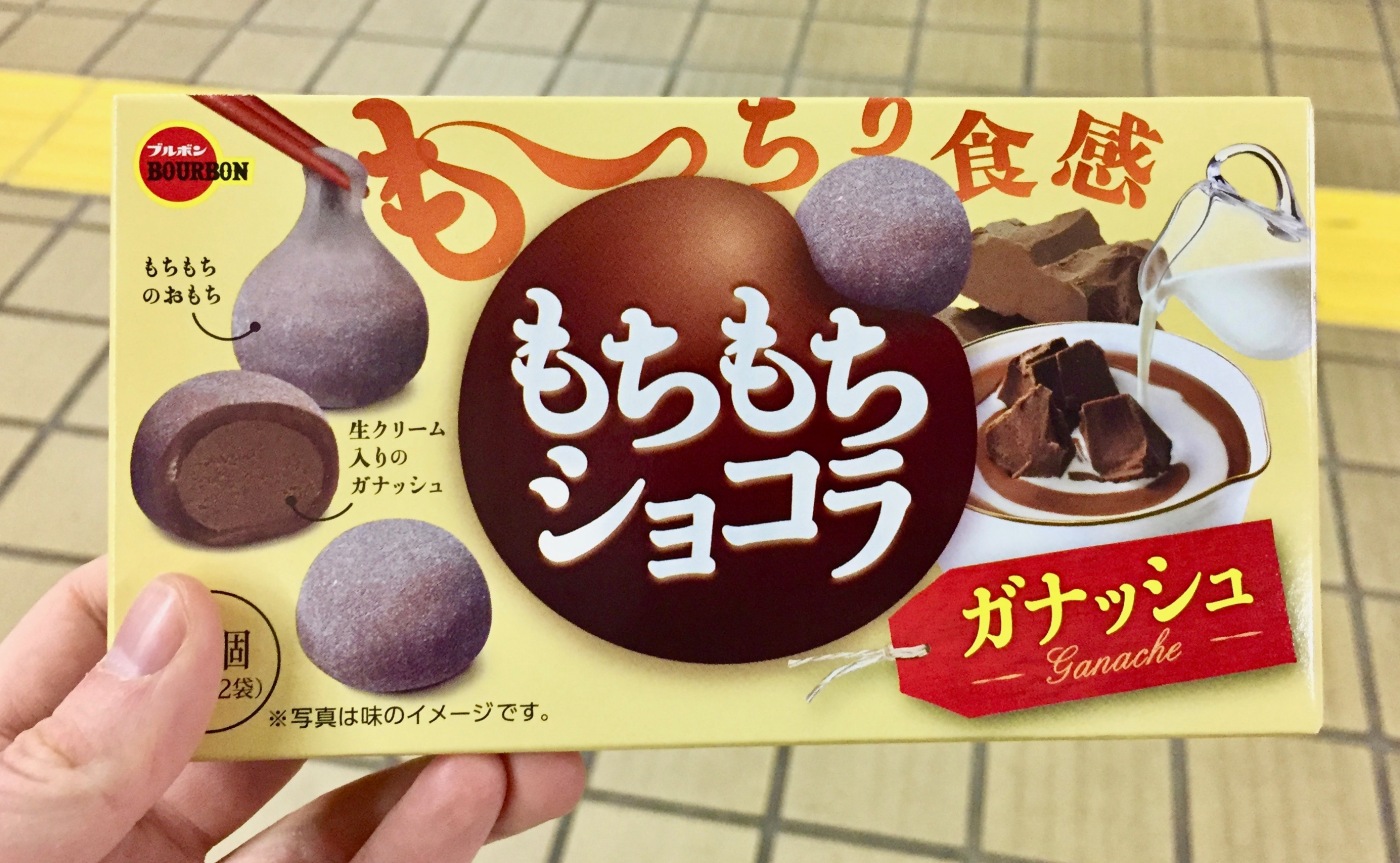 My father’s favorite aphorisms is “gilding the lily,” declaimed at such wonton excesses as eating bacon on a burger, putting chocolate sauce on ice-cream, and wearing earrings and makeup to the same event. It’s one of a long line of fatherly one-liners that later turn out to be references to famous works of literature – in this case, the obscure Shakespeare play “King John” – in an attempt to bring sophistication to his otherwise unfortunately plebian children. I must admit that I think these attempts have largely failed – here I am misquoting Shakespeare in a snack blog, after all.

But regardless of my general lack of refinement, I know a gilded lily when I see one. Chocolate mochi is a perfect example of a good thing gone excessively overboard. Chocolate is great, mochi is great, but combining the two is somehow not as great as the sum of its parts. In fact, neither is really improved by the fusion. The soft, chewy mochi that wraps the rich, smooth chocolate cannot compete with the sweetness of that chocolate. In turn, the soft, sweet chocolate seems somewhat grainy compared to the gooey, springy mochi. Of course, I ate it and loved it – as is my habit with all food – but I could see that neither component really enhanced the other. They were just two good things eaten together.