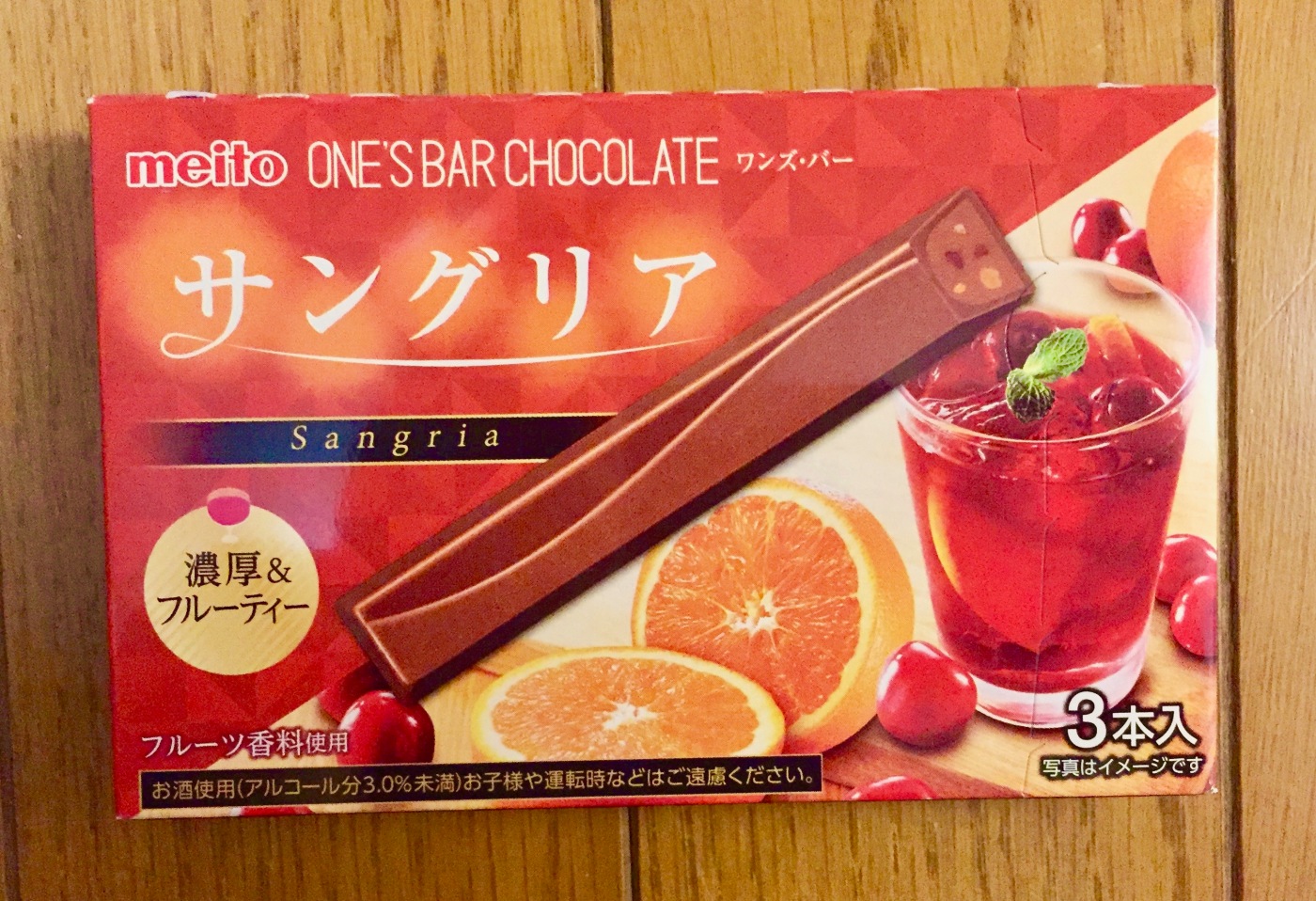 I have not been in Japan long enough to fully distinguish between the waves of seasonal food flavors and the waves of fad food flavors. I’m starting to recognize what is eaten when, but there is still so much that I have to learn when it comes to eating. For a few of these month-specific flavors, I have a cultural reference, such as pumpkin in November or chocolate in February and October. Some seasonal associations are still new to me, but nevertheless make logical sense: cherry blossom flavor in March and April, chestnut flavor in September and October, and eel in July and August when the weather is at its hottest and grilling is at its best. But some foods are still a mystery to me, and I can’t help wondering if its appearance on shelves is as much ploy by retailers as it is any particular reference point on the calendar. Mint, for example, briefly stormed the convenience store circuit to a mixed reception.

And so, so a lesser extent did Sangria – a wine beverage that I was introduced to in my early twenties as a way to make bad wine drinkable by putting an orange in it. For a moment in time, it seemed like there was a noticeable uptick in the selection of sangria-based chocolate, sangria flavored, non-alcoholic soda, and sangria in a can at my local convenience stores. And then one day these products almost all vanished, leaving behind one twist top bottle of sweet wine and some dollar store chocolates that look like Kit-Kats and taste like a bar of chocolate that has been left in a wine cellar for 30 years. Was it a seasonal treat? A trial period? Or just a figment of an overactive imagination? The honest truth is that I have no idea.