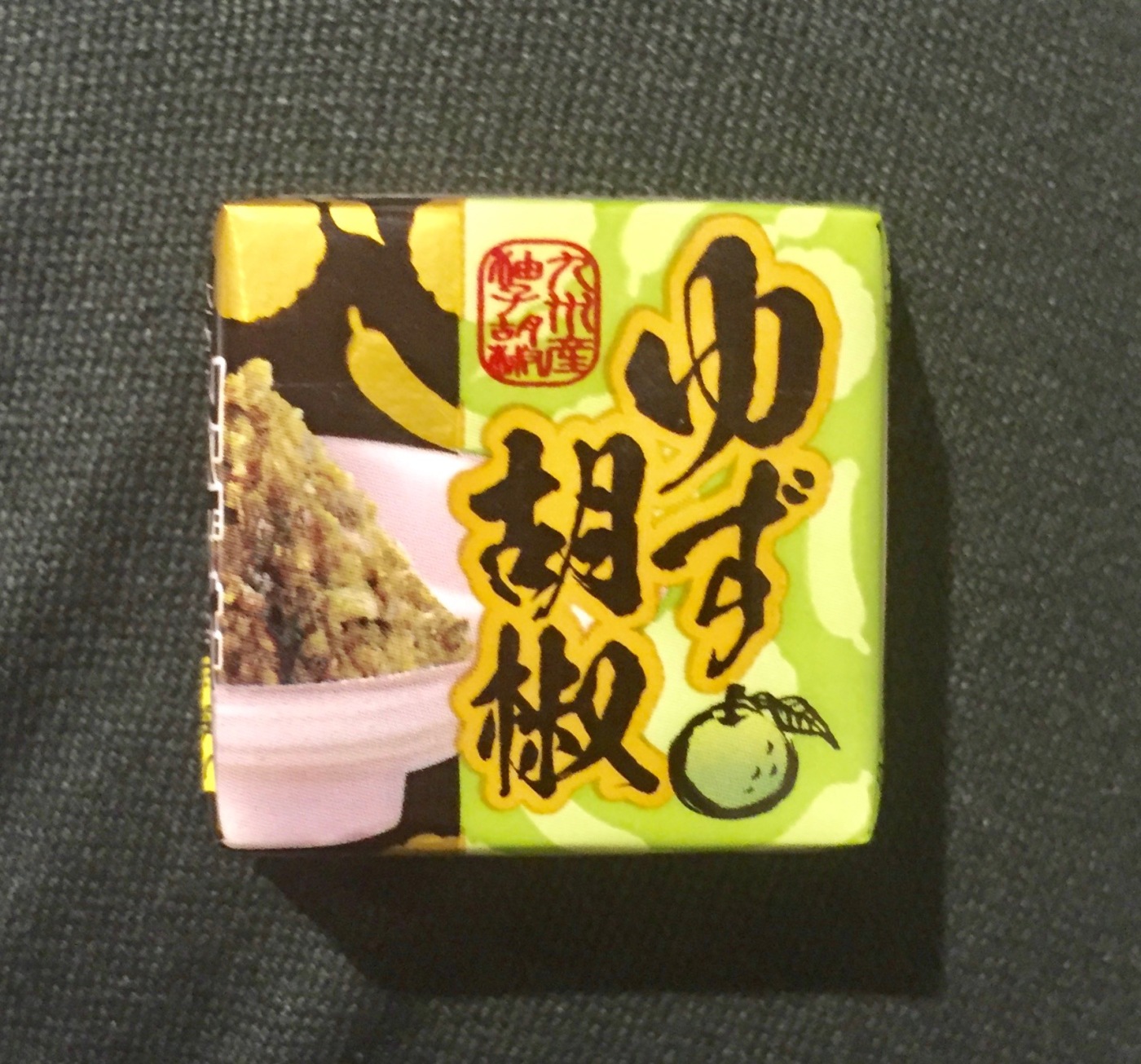 Tirol Chocolates are ubiquitous in Japan. They cost between 20 and 30 yen, are about 3 cm square, and come in hundreds if not thousands of novelty flavors. One of my coworkers is obsessed with them, bringing in all sorts of exotic flavors that I can never seem to spot in the wild. She has developed a sort of sixth sense for Tirol and will arrive at the office with a handful of popcorn or waffle cone or blueberry flavored cubes to pass around. Last spring, the flavor of the season (and the only flavor I could ever find) was Hojicha, or oven roasted tea. There was a box of these chocolates at the counter of every convenience store, for some last-second temptation. Once the heatwave set in, these all disappeared, to be replaced with the new summer flavor: Yuzu and Sichuan peppercorns.

I was quite excited about Sichuan peppercorn chocolate. My coworker in China used to make all sorts of beverages strongly infused with peppercorns as a novelty party trick. These potent drinks would numb the mouth, tongue, and throat and leave the drinker wondering if the end had finally come – followed by a gleeful relief once feeling finally returned. It was like being snatched from the jaws of pepper-based disaster.

This chocolate had no such numbing aspect – which I should have expected, given that spicy food is not as ubiquitous in Japan as it is in China. Instead, the chocolatiers opted to include only the memory of the peppercorn, focusing instead on the Yuzu. The chocolate was therefore filled with a green Yuzu cream, which is like a mild version of a key lime filling. Under this, they included a crunchy cookie base to give the chocolate some texture, before wrapping the whole thing in milk chocolate. If they had stopped here, the chocolate would have been perfect. Instead, they decided they needed to take it a step further. So, through the entire experience of eating the chocolate, you are haunted by brief snatches of a distinctive aromatic element. It is the faintest taste, almost a smell, of Sichuan peppercorn – as if the chocolate were cut with the same knife you just used to make Chinese food. This faint aftertaste distracts from the sweet-tartness of the Yuzu and the overall effect is more unsettling than anything else – as if the chocolate has not been flavored so much as tainted.