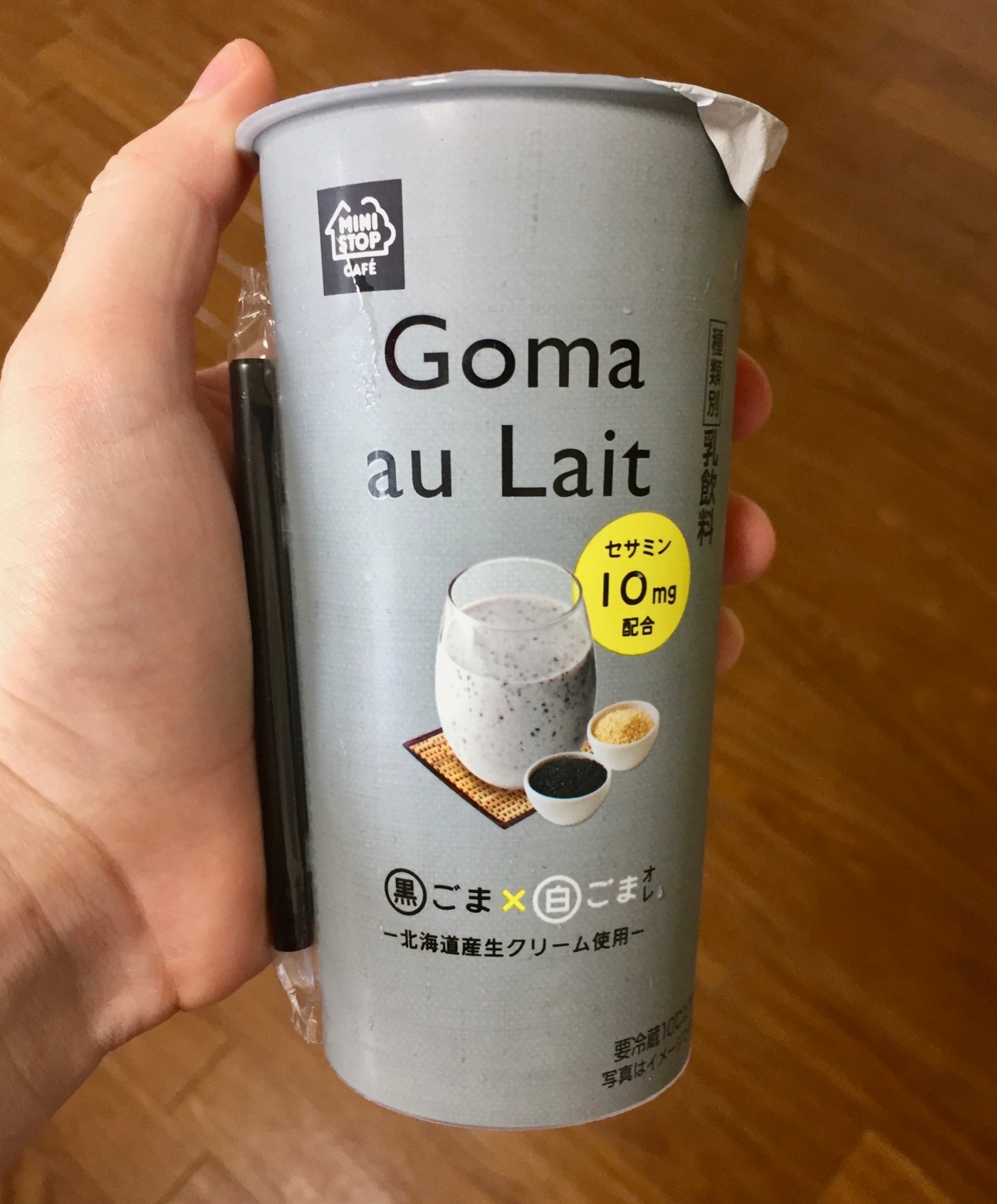 I will jump at any excuse to do one of two things: eat sesame-flavored snacks and drink whole cream. Neither of these things is particularly good for me – so what I need is an excuse.

I thought I had found one, with the Mini Stop’s Goma Au Lait, which managed to combine my love of sesame with my love of high-fat dairy products. Someone in the marketing department of the Mini Stop had decided to include on the label that this sesame late contained a whopping 10 mg of “sesamin” in each cup. To be clear, I have no idea what sesame is, nor has the internet provided a conclusive explanation of its health applications, but the fact that there was 10 mg of it was pretext enough for me to buy it. After all, they would not have mentioned it if it wasn’t healthy – and to think I had come this far in life without attending to my sesamin levels. It’s a miracle that I made it at all, come to think of it.

The drink itself was exactly as good as I expected it to be, tasting of lightly sweet sesame ice cream that had been left on a kitchen table to melt. The Hokkaido cream was typically smooth and delicious, pleasantly sesame flavored by the added black and white sesame paste. It even has 4.4g of protein (which could mean anything as far as my nutritional knowledge is concerned.) And while it might have 6.9 g of fat, I take solace in the fact that fat is currently on the good side of the health craze, and therefore I have at least another six months to enjoy this drink without any guilt.

And, of course, there’s the sesamin!