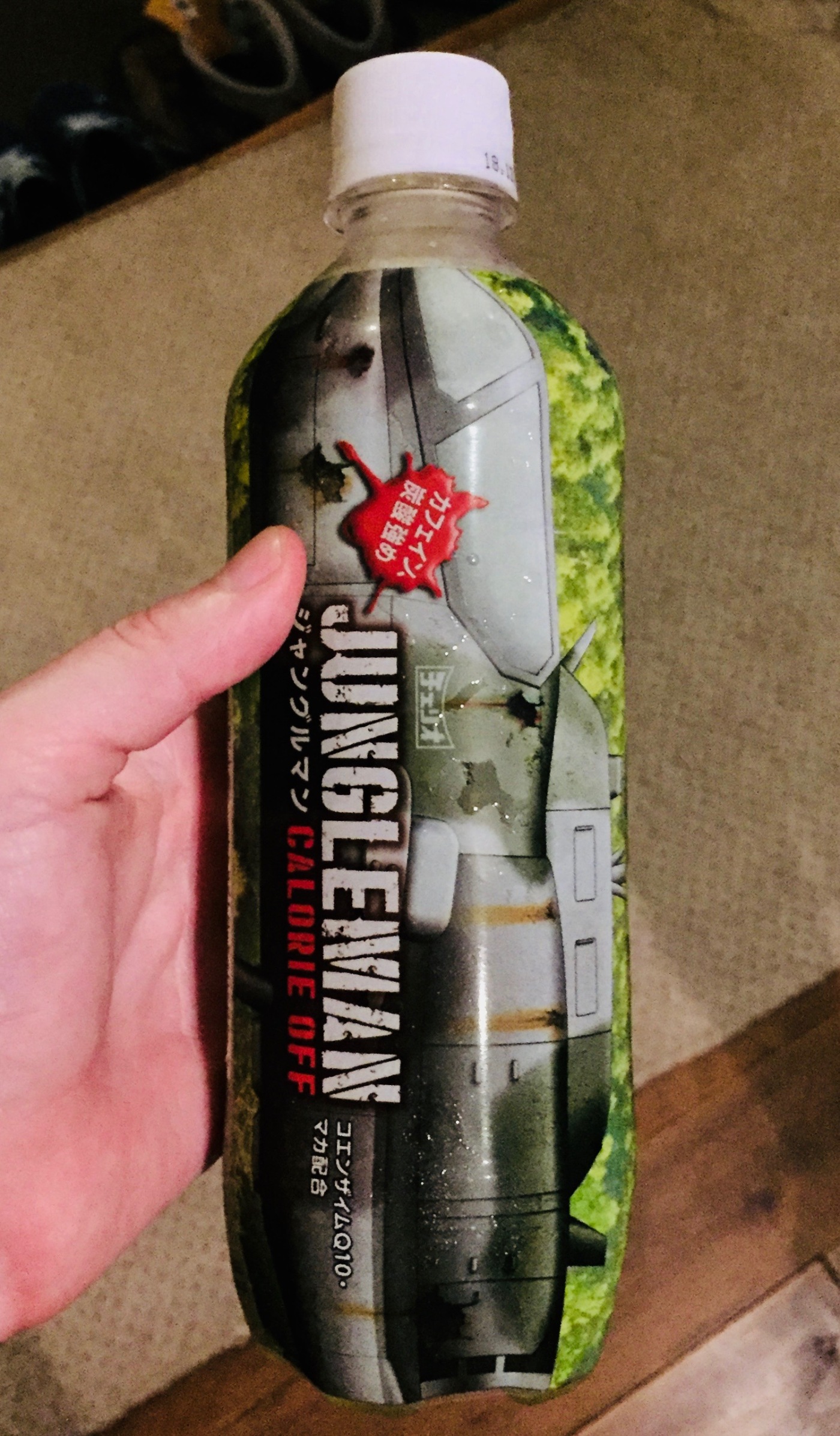 The laundromat does not always have change machines, but for 100 yen, the local vending machine will provide enough change to wash your socks – and it will even throw in a soda for your trouble. And because it was late and I had nothing else to do while I waited for my laundry, I decided to pick my drink based solely on bottle design. It was the easiest decision I ever made.

The “Jungle Man” bottle screams masculinity, with the name in the spray-painted in a font that can only be described as “tank” standing out confidently in front of the camouflage green body of a Vietnam-era helicopter. There is no question that the prime demographic of this soda is twelve-year-old boys and military aviation enthusiasts – but there is something so appealing in the over-the-top imagery of Jungle Man that even I couldn’t resist. I almost expected For What It’s Worthto start playing as I opened the bottle, or the trailer to Ken Burns’ Vietnam– at least something to tie in to the military theme. As it was, the soda did not taste like a dirty little war, or a rich man’s war, or a poor man’s fight, – but like crushed smarties in soda water. A point in favor of the 12-year-old demographic theory. I’ll be honest, it wasn’t great, but for 100 yen and enough change for the washer and dryer, I was happy to drink it – even if both my parents went to Berkeley.