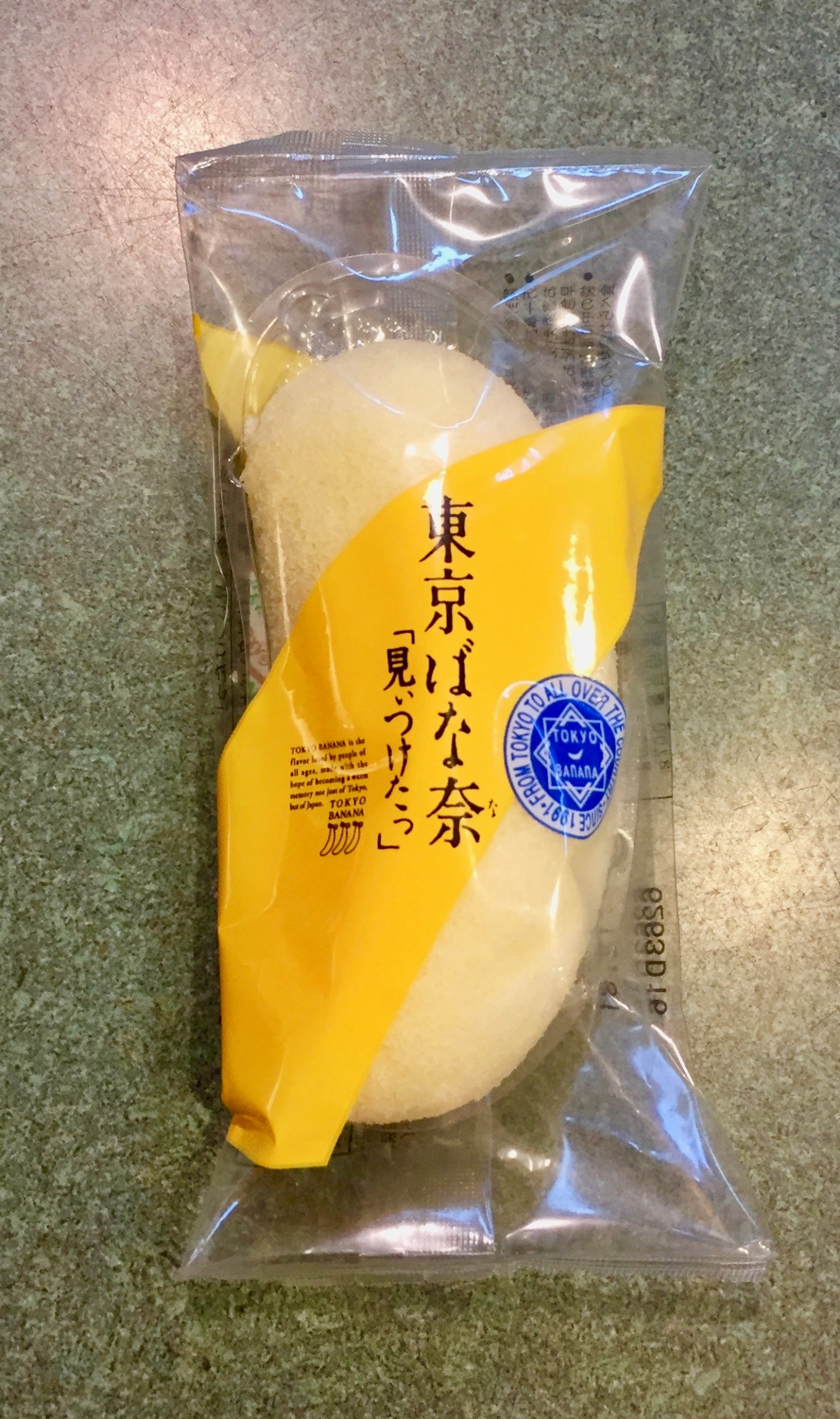 I am ashamed to admit that I had never had a Tokyo banana. It is one of the quintessential food souvenirs of Tokyo, and by extension one of the quintessential food souvenirs of Japan, but I’ve never had the good luck of having a friend bring some back from their time in the big city. It seems that, while taking in the bright lights and the hustle and bustle and the fashion and the festivals, no one ever happens to think of me and my needs. Poor me – my life is so hard. And as I go to Tokyo very infrequently (and I’m broke by the time I leave), I’ve never taken it upon myself to buy some for my own consumption. And these are my very sorry excuses for going to Japan and not, actually, experiencing all that Japan has to offer.

But “new year, new me,” and I have decided that I will not go through another year in ignorance. So, I went out and I bought myself a pack of Tokyo bananas. I’ll be honest, having never seen one in the flesh (in the sponge?), I was not sure what I was getting myself into, but as an American, they are actually quite familiar. Imagine a banana-flavored Twinkie, and you’ve pretty much imagined a Tokyo banana. The outside is a similarly yellow cake sponge that has been steamed to keep it moist and fluffy – diverging from the Twinkie aesthetic, however, the inside is then filled with a banana-puree infused custard. There is no subtlty about it, as the banana flavor has been liberally applied to bombard the senses with the full banana experience, one not dissimilar to banana laffy taffy. It is also produced in a pleasingly curved shape, just in case the overwhelming flavor and smell (as well as the straightforward name) were not enough to alert you to the theme. I would not say that this an amazing sweet, nor is it a particularly groundbreaking one, but it has made up for itself in its marketing. You have to try it because, well, you have to try it. It’s just one of those experiences you should have in Tokyo: you should cross the street at Shinjuku, you should walk through Harujuku, and you should eat a Tokyo banana – just to say that you’ve done it.